The home security industry is full of companies that will trap you in lengthy contracts with questionable fees. If you don't know any better, it's easy to get stuck. To help you avoid poor service, we've tested companies such as Time Warner (Spectrum). And after this review, you’ll see why it’s a security provider you might want to avoid.

What Is Time Warner Intelligent Home?

Many Spectrum Home Security system subscribers were affected by the shutdown of this security company because of their contracts' length, which is typically 18 months long. Time Warner reportedly did not make it easy for the people who attempted to get out their contracts early by requiring them to pay pre-termination fees.

This isn't the longest contract we've seen when it comes to home security companies. Some security providers even have contracts as long as 36 months. But, we always advise people to opt for alarm companies that don't force you into a contract, such as Simplisafe, which we talk more about later.

The Spectrum Home Security System came with all of the standard features you would expect from security systems. From a security standpoint, Spectrum safety features are comparable to other home security providers in the United States, like Protect America. Spectrum offered similar security packages, with the primary difference being their full intelligent home service. Some features of their security system are:

Another downside to the Time Warner Intelligent Home Security system was the high up front costs. Subscribers to the company were needed to pay an installation fee, monthly monitoring fees, and expensive security service packages to access limited Time Warner/Spectrum services.

Once the security equipment is installed, additional costs per month continue to add up. As an example, to use Spectrum Home Security, customers were also required to purchase and use the cable company's internet services. Extra fees were also required for home automation services such as home water sensors and smoke detector installation expenses.

Thankfully, there are alternative home security options to Time Warner Cable Intelligent Home Security. We've tried various home security systems, from Protect America to Protection One. Out of all of these, Simplisafe came out as our top pick.

The reason for this is because they don't force you into a contract. You buy all of the equipment up front and then pay a transparent monthly monitoring fee. It's also nice that you can pick and choose what equipment you want without extra installation charges.

“Apparently [Time Warner] is not planning to make its own equipment compatible with other systems or give rebates for equipment purchased.”

Customers of Time Warner Cable Intelligent Home (Spectrum Home Security) have more complaints than compliments. The customers who left reviews on Trust Pilot rate them an average of 1 star out of 5 (2):

The Spectrum customer support team, and their philosophy in general is absolutely horrible.

Extremely poor customer service, I was put in the music holding several times within the first week of service...

Based on our Time Warner intelligent home review, we find this home security company a firm you are better off avoiding. Since Spectrum is no longer in the business, you've been saved from a potential long contract trapping you with their poor business services. To avoid similar home service providers with negative customer reviews, we recommend you go with Simplisafe.

Simplisafe has won numerous awards and is an alarm company that does not lock you in a contract. It also has transparent pricing and monitoring rates letting you avoid the termination fee other companies trap you with. The company also has a 24/7 monitoring center that you can easily reach.

If you happen to dislike their service plan, you can leave anytime. And since you own the equipment, you don't have to rip it out of the walls and send it back. Indeed,  Simplisafe may be the best buy if you're looking for high-quality service with zero hassle. 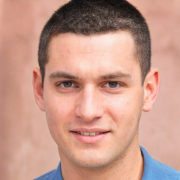 Gregory has been working in the industry for over ten years. Now a full-time editor with Trusty Joe, he loves to break down technical jargon and to make highly informative but easy to understand content for our readers.
Read more here

Trusty Joe is an independent website that provides content for informational purposes only. The content is not meant to be a replacement for professional service advice.